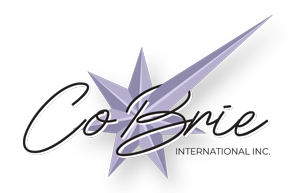 He continues to strive for excellence in doing what he knows best….being an Executive Chef.

Brian Vallipuram was born in Sri Lanka, which prepared for him a base in taste and spice. Coupled with his acquired skills in the kitchens of Europe, he has created the unique flavors and skills of a European Master Chef.

In 1990 a position became available at the prestigious North 44 Restaurant, which in 1995, led to him becoming Head Chef. In 1999, Brian decided to venture out on his own and opened Axcess Restaurant and Catering Inc.

As Axcess’ Proprietor and Executive Chef, Brian’s culinary talents became legendary and attracted celebrities, politicians and many Torontonians and suburbanites. Axcess Restaurant became recognized as one of Toronto’s top ten fine dining restaurants and it was here that Brian, won many of his Canadian Fine Food Awards for items such as his own house smoked Atlantic salmon; spicy pickles which he bottled and sold and his famous 123 (bouillabaisse) sauce, just to name a few.

In 2004, Axcess Restaurant outgrew its space of 70 seats and Brian moved his venture to a larger dining room, which he called 1055 Restaurant and Catering. 1055 became recognized as another one of Toronto’s top fine dining cuisine. It was at this location that Brian excelled even more. He provided hands on training to culinary students at various colleges around Toronto and he catered to many events and affairs for politicians and celebrities. Brian also took part in many fund raising events to help his community. He raised over $ 10,000 for Red Cross for the Tsunami Relief; he participated in Toronto

Taste for over seven years, where he helped in feeding the hungry. He also participated in giving both his time and catering to many other charities such as Canadian National Institute for The Blind (CNIB), Toronto Child Abuse Centre and The Heart and Stroke Foundation.

In 2008, Brian Vallipuram, was offered a position as the Head Chef at the prestigious White Witch Restaurant at the Ritz Carlton Hotel in Rose Hall, Jamaica.

Here, he was able to gain an enormous amount of hotel knowledge and experience about that industry. When his contract expired, Brian then moved on to being the Resort Executive Chef for Panorama Resort in Panorama, British

In 2011, with his many talents and wide range of culinary expertise, Brian decided to take on the new and challenging role as the Executive Chef of the Prestigious Grill 41 Restaurant located in the Lord Elgin Hotel in Ottawa, Ontario. He is constantly seeking to enhance his skills and bring a greater repertoire of culinary delights to his audience. Over the years at Grill 41, Brian has won awards for Star of the City and the herb fest cook off. He continued to shine as he catered to many of Ottawa’s politicians such as Prime Minister Stephen Harper; Minister of Finance Joe Oliver; and Bob Rae. He also had the privilege of catering to the Dalai Lama when he visited Ottawa in 2012. Brian is a man who enjoys volunteering his time to many special events in the city such as Feed the Future, United Way, Humane Society and Taste of Ottawa.

He continues to strive for excellence in doing what he knows best….being an Executive Chef. He is ready to venture out on his own yet again to combine his skills, talent and amazing food from the kitchen of CoBrie Restaurant and Catering. 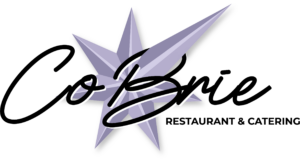